If you were to have me guess where I'd be eating my first meal in New Orleans, the one place that wouldn't have even registered in my brain would be Jimmy Buffett's Margaritaville. I don't think I knew there was a location in the state of Louisiana, let alone right in the middle of the French Quarter. 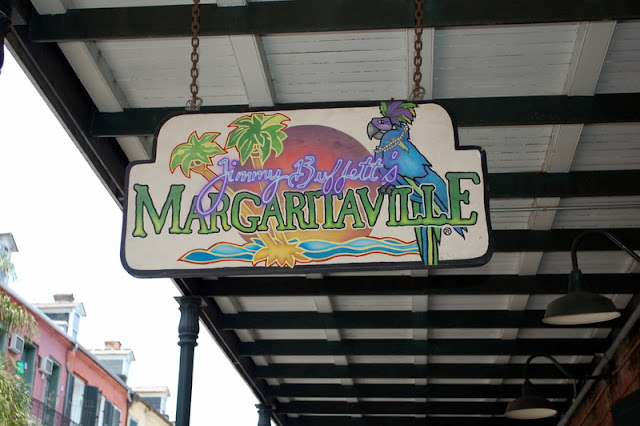 I've never eaten at the restaurant before, only passed by the Vegas location and cafe up in Glendale, AZ. I can't say I ever had an interest in eating there, it always struck me as a cool spot for Jimmy-obsessed fans. Well, I officially take full responsibility for my pre-judged thoughts, I was so very wrong! 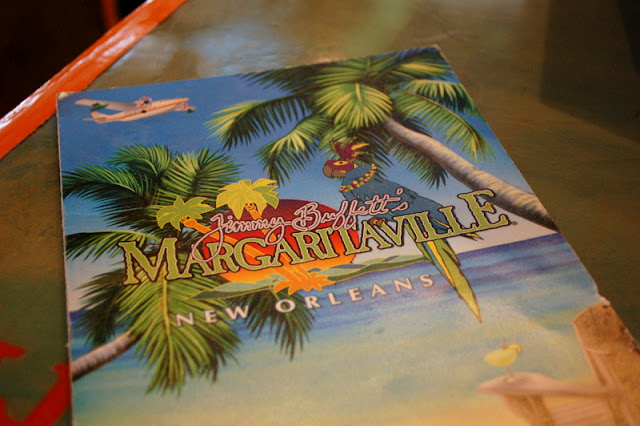 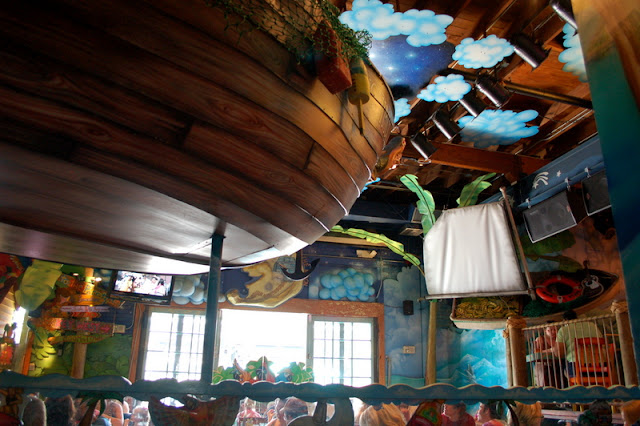 Dev & Kenzie have a long-history of family traditions with the famous singer and his restaurant concept. By the time we had wandered the streets surrounding Bourbon for what felt like days (it was only about an hour but that humidity! It kills!), I could have eaten a pretty much anything. When the yellow oasis of the Margaritaville building showed up just past Jackson Square, I nearly broke out into a sprint. 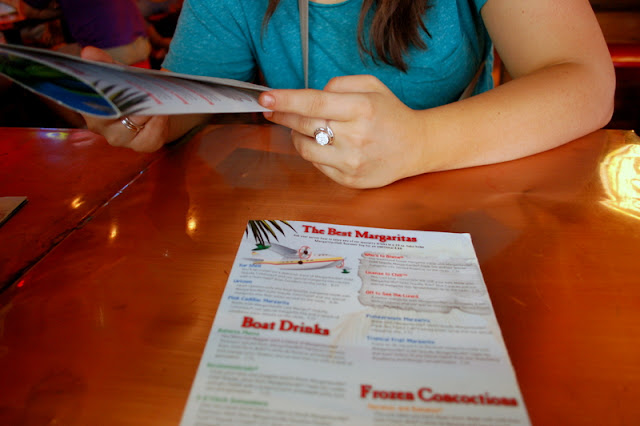 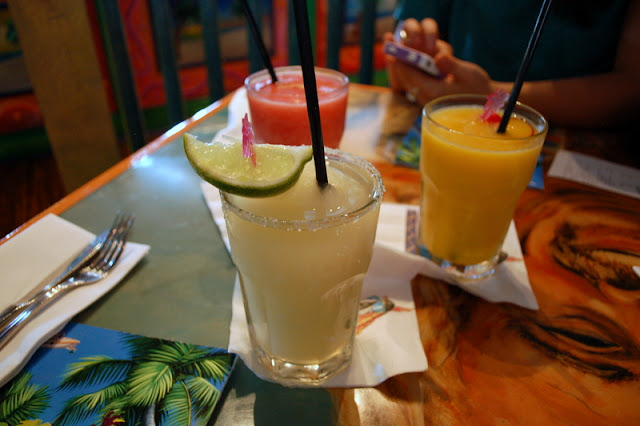 The place was packed! Apparently we weren't the only ones jonesing for a cheeseburger & cool cocktail. We ordered a sampling of the frozen drinks, a strawberry daiquiri, mango and classic margarita. 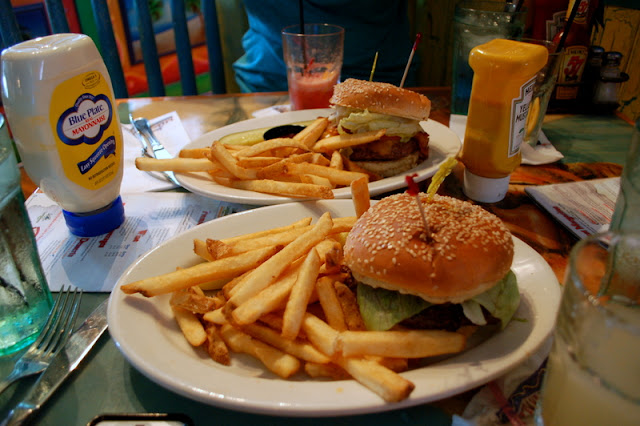 We split two burgers between the three of us which was a great idea, those things were huge and so delicious! We could have fed a fourth innocent passerby. I really enjoyed the meal and would definitely visit again. Beware, the margaritas are strong! Which is such a bad thing I guess. 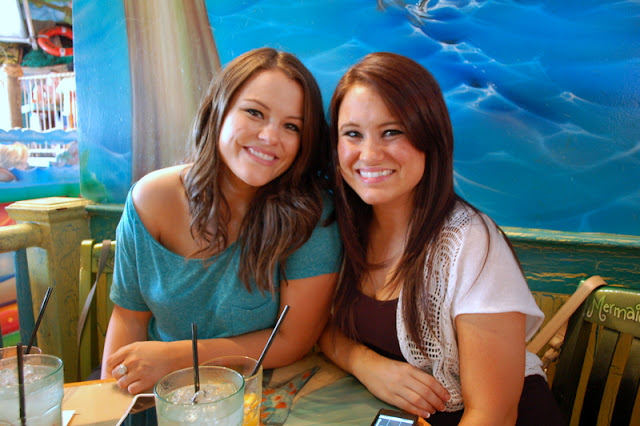 Pretty friends. Apologies for judging:) After our meal we wandered back to the nearest street car stand to head to the hotel for a cat nap, and to get ready for our evening out. Bourbon is wild! I was almost pelted in the face by beads on multiple occasions (unsolicited of course), the music was loud and the dancing was fun! We bar hopped all night long before finally cabbing it back to the hotel. I think that was the hardest I've slept in a long, long while.
Posted by Katherine at 8:00 AM