{A Corner at Hob Nobs}

Last night, the Phoenix Style Collective crew and I met up at Hob Nobs Cafe & Spirits to chat future plans, general life happenings, the usual world domination plot. I'm always driving by this cute house on the corner turned eatery, but hadn't spent any time inside. 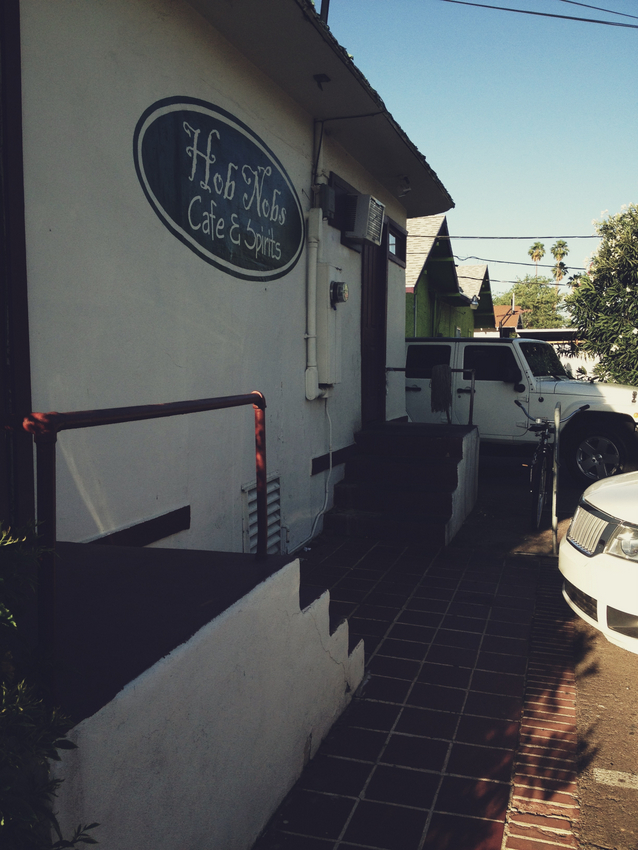 I got to the cafe a little early, since I work right down the road and our usual weekly meetings don't start until 7. Book in hand, I picked out a spot to sit and bask in the sun for a while, de-stressing from the work day. Also de-stressing from the angry drivers on the road, my new side mirror scuff (ATM pole that jumped in front of my car) and the near head-on collision as I turned down a one-way to get to the cafe. My brain? Someone give it back please. 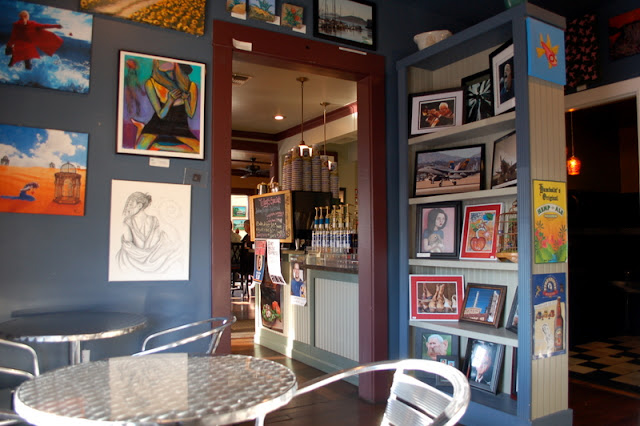 A little corner of the cafe, surrounded by beautiful art by local artists, where I could still see a sliver of the hustle & bustle of the busier room. There was a birthday party, book club, religious group discussing passages from the bible and several groups of friends cheersing beers & celebrating on a Wednesday evening. What a lovely atmosphere. 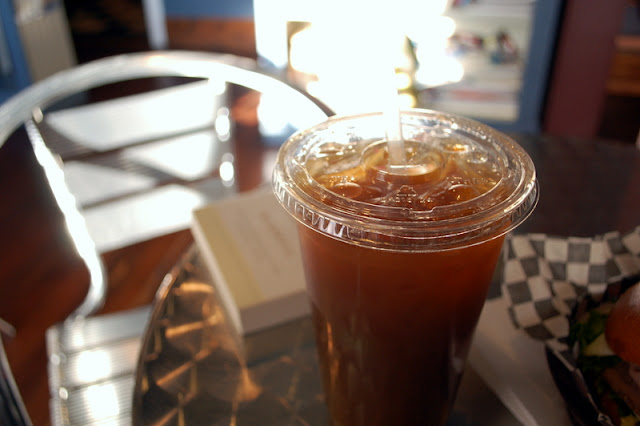 First came the cinnamon coffee, and a few chapters of the book I'm reading kept me occupied while I waited for my food to arrive. It's funny that the thought of waltzing in to a restaurant to eat dinner alone is something I would never consider doing, but in a coffee shop it doesn't phase me at all. 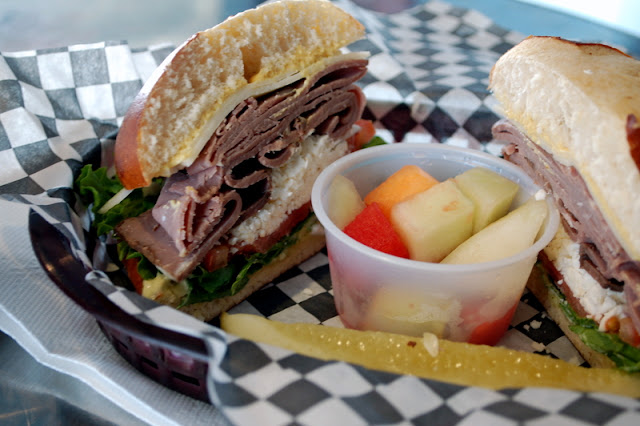 Shortly after my food arrived, the troops began to trickle in. It seemed everyone was running early that day, which allowed for more time to hang out. No complaints from me. 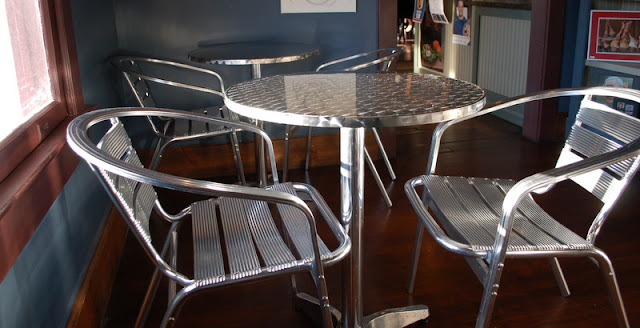 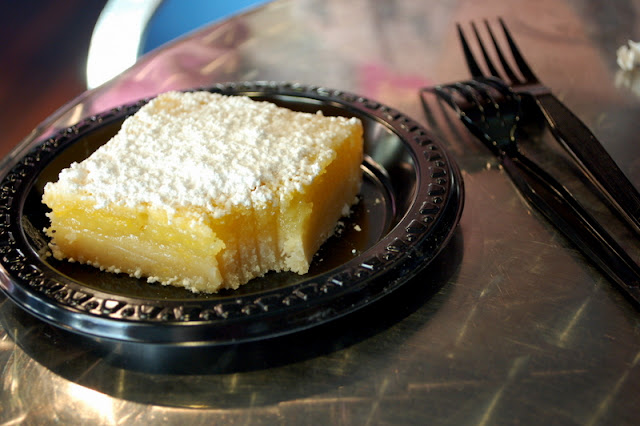 The chairs were quickly filled, lots of hugging and loud "hiii!!" greetings could probably be heard throughout the entire cafe. It was great. Also, I happen to love friends that are easily persuaded into sharing treats.