Chris and I woke up Saturday morning and realized that our free passes to Six Flags were going to expire at the end of the year. So after contemplating what we should do about it for 5 whole minutes, we decided to take a roadtrip to California. We are not ones to waste out on free fun, or rollercoasters for that matter. 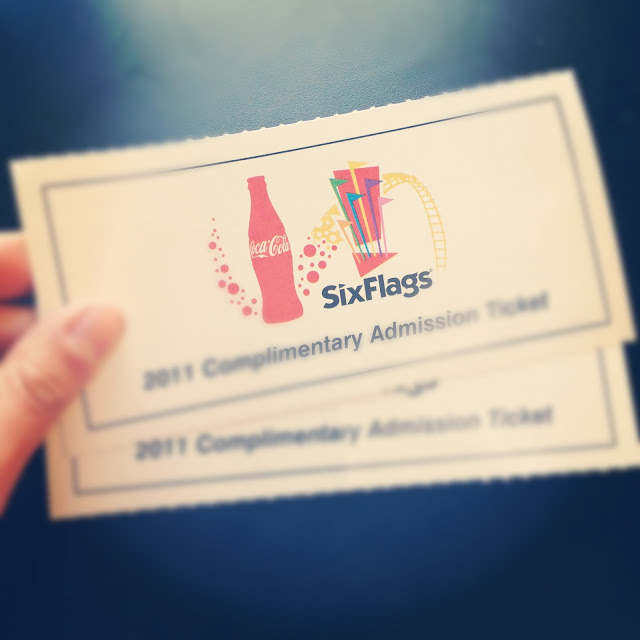 Plus there was a big bonus, we got to say goodbye to our good friend Sarah who is leaving on a grand adventure to work in Atlanta for the next six months. We stayed at her house with our other good friend Dani, played a hilarious game of Catch Phrase & got breakfast in Laguna Beach. A short but wonderful visit! 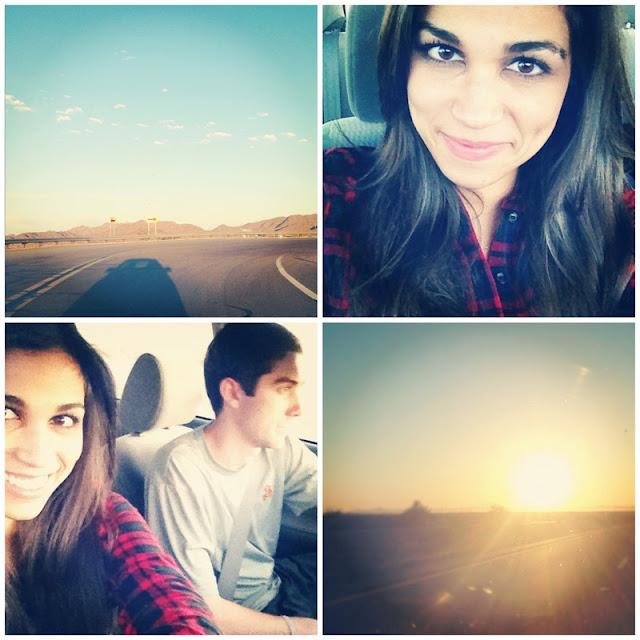 Roadtrips are always an adventure with the two of us. I co-pilot horribly (I can't help but get distracted on my phone...or nintendo.), but someone gets car sick and has to drive. I'm convinced he'd be equally as bad at reading the GPS, I just haven't had the opportunity to prove it. 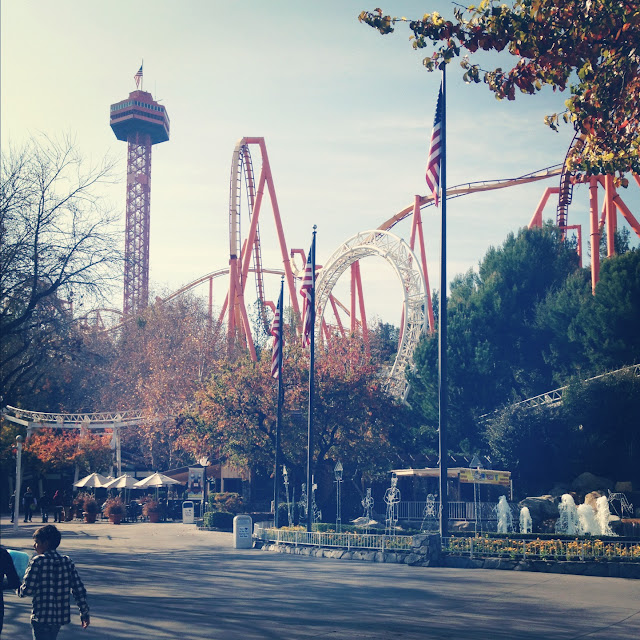 Word to the wise, visit Six Flags in December - it's empty. There was seriously no one at the park, and we walked right up to almost every single ride! We road every extreme/thriller/maximum fun roller coaster the park had to offer, and did it in 3 hours. 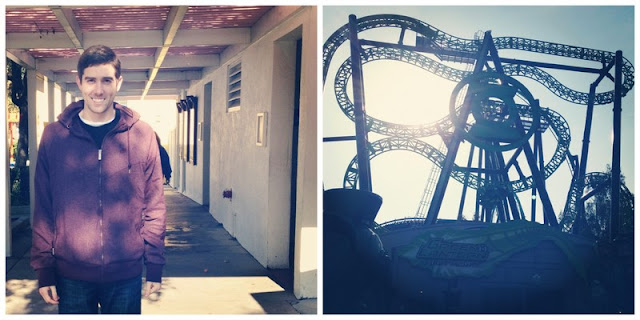 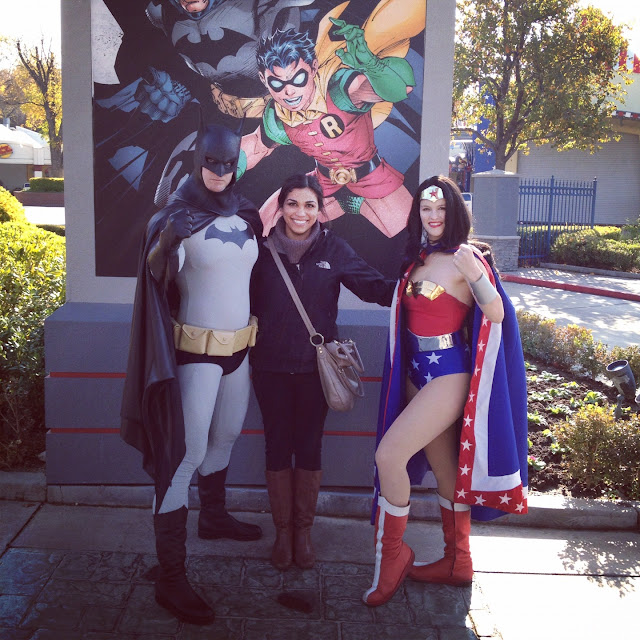 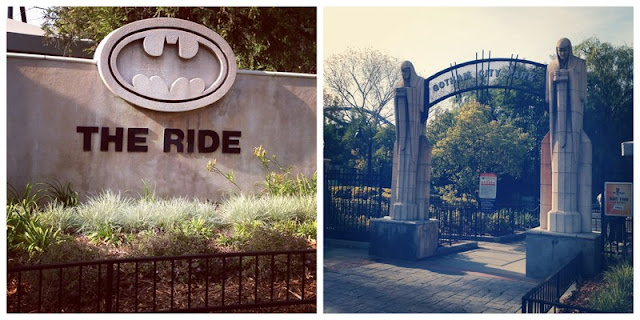 I think X2 was my favorite, with Tatsu and Goliath coming in a close second. No concussions were sustained, although we both left feeling a little queasy. Back again in Phoenix, I can't believe what a fun weekend we had and I'm sad it's already over!