If I were to live in Laguna Beach, I would eat at The Beach House all the time. I would meet up with my BFF Lauren Conrad, who lives right down the street (her parent's house that is, the one on the show! Even though it's for sale. Still counts.) I would be fabulous and wear sunglasses on the inside the entire meal, because of the wild celebrity-filled evening I had the night before (or actually wear them because it's so bright inside). 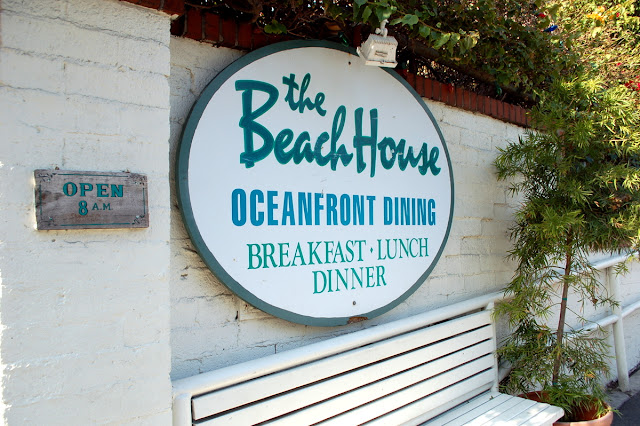 We were just visiting, but I got to pretend I led an MTV reality show life for at least an hour over brunch. It was a beautiful but chilly morning, and Sarah's mom recommended we eat at the Beach House because of it's beautiful views and good food. 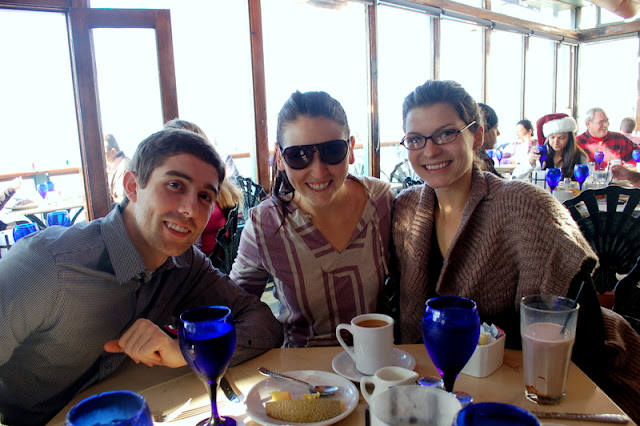 Our wild night had included game night & lots of wine instead of celebrity sightings, but I would have to assume it was more fun. We sat close to the window so the tourists, everyone except Sarah, could stare out at the beautiful blue ocean. We could hear the crashing waves hit the rocks our entire meal, it was wonderful. 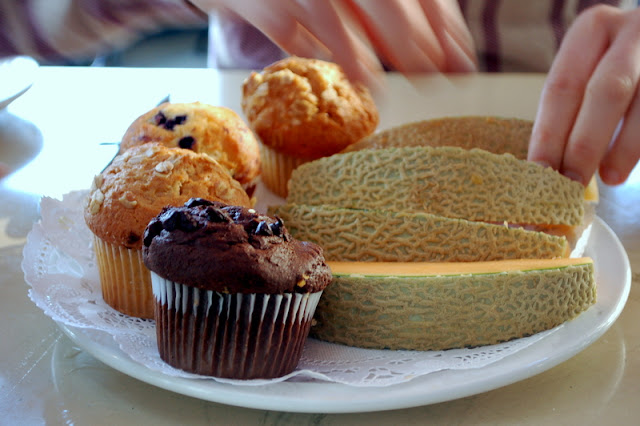 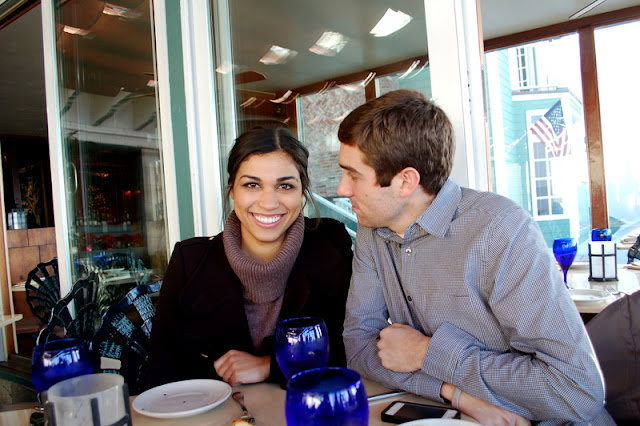 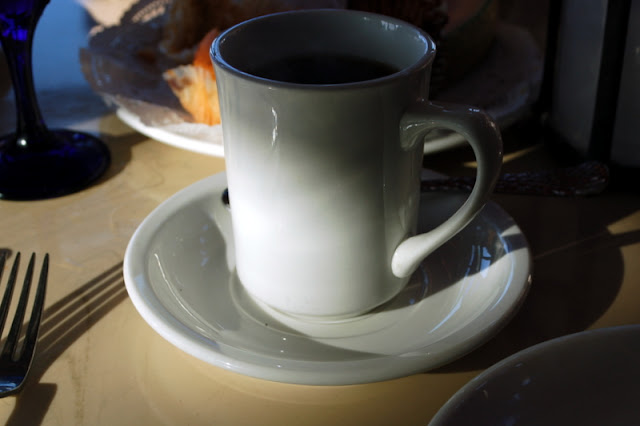 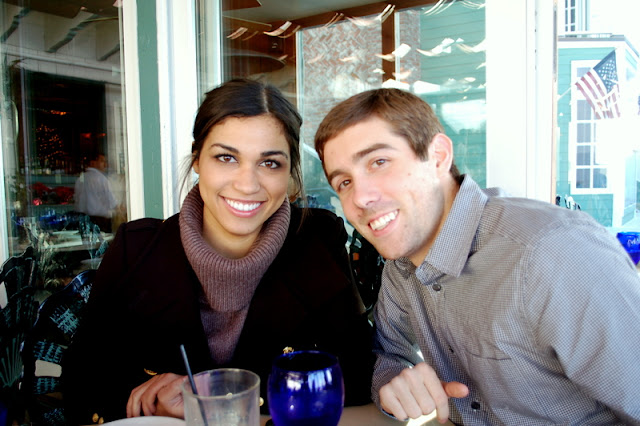 Us arizonans freaked out over the sight of water, but can you blame us? We don't have anything nearly as beautiful in our dry, dusty state. Listening to the dull roar of rolling waves, and the caws of seagulls while sipping coffee waiting for our food to arrive was just lovely. When I grow up I think I'll need to be near water. 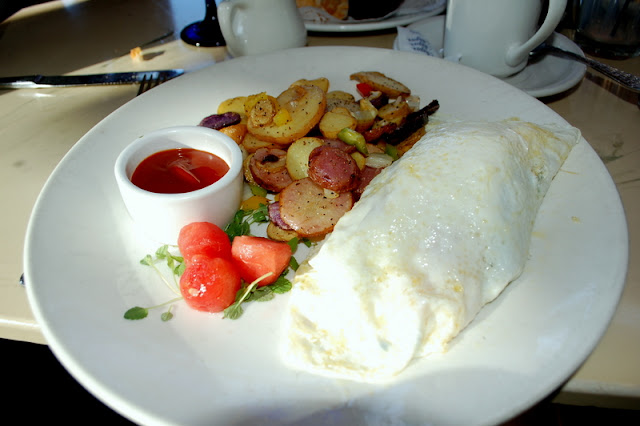 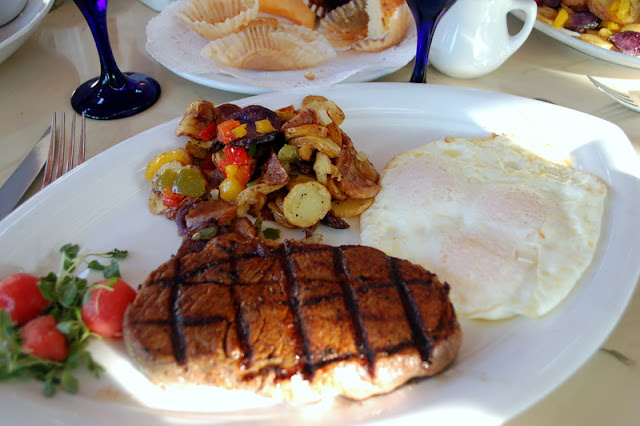 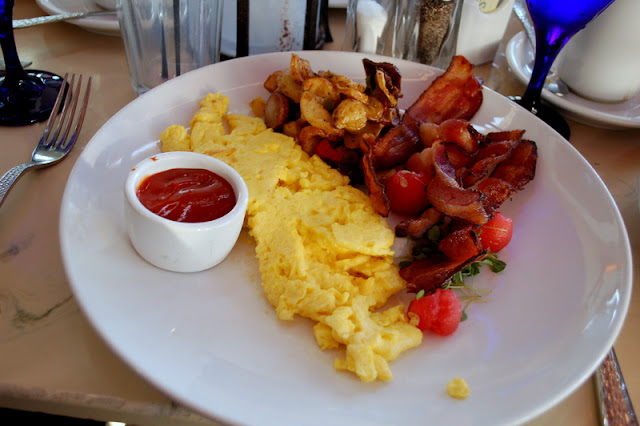 The egg people at the table, including myself, got an eggwhite spinach omelette, steak & eggs, and egg scramble with bacon. They all came with these amazing fingerling breakfast potatoes, that I'm convinced I could have finished off an entire bowl of them. They did need a little mustard though. Sarah's breakfast stole the show. 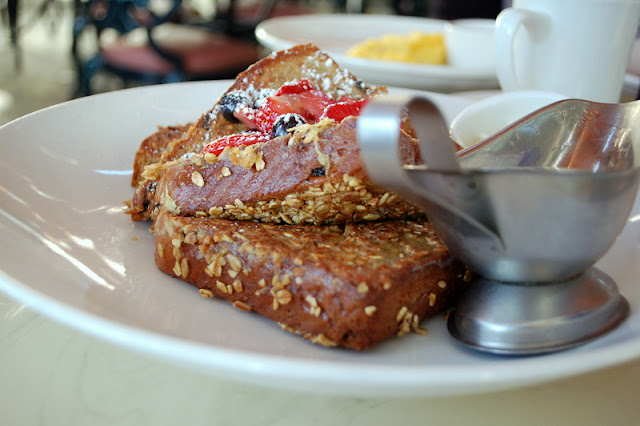 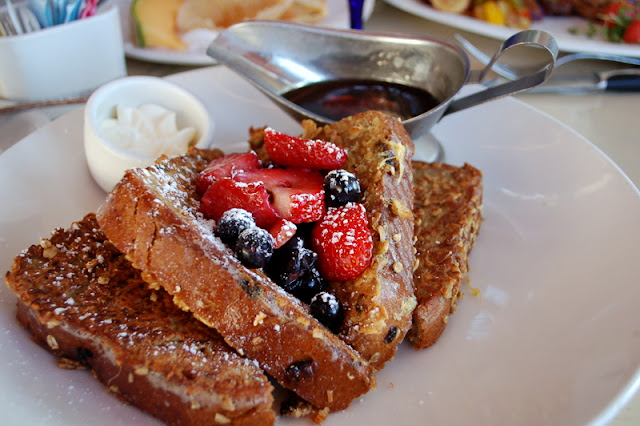 Granola crusted french toast. Which instantly made me regret not ordering the riccotta buttermilk blueberry pancakes with lemon blueberry compote like I had been eyeballing. Always go with your gut when it comes to Sunday brunch. 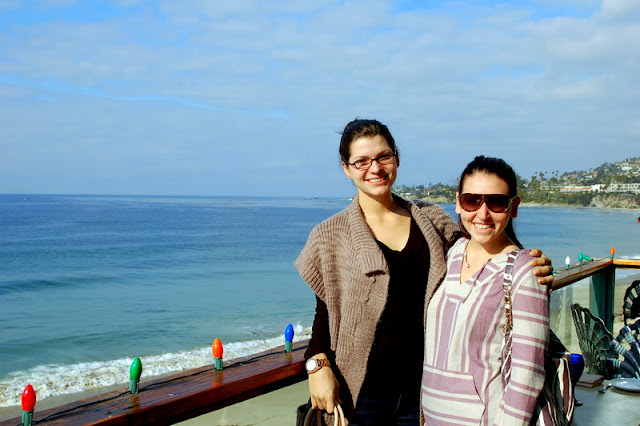 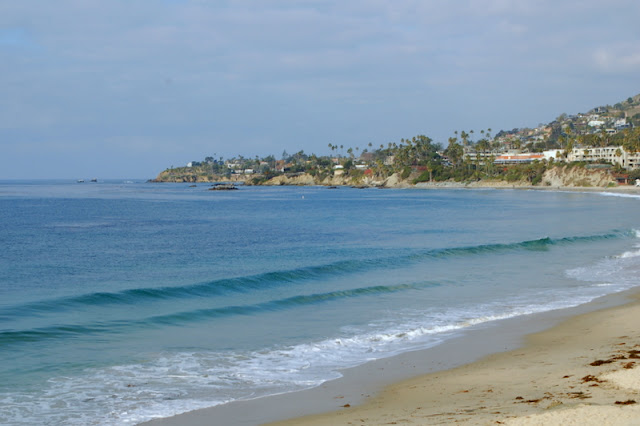 We took some hilarious pictures standing outside in the sun. No amount of "3...2...1..open!" could make for good pictures. 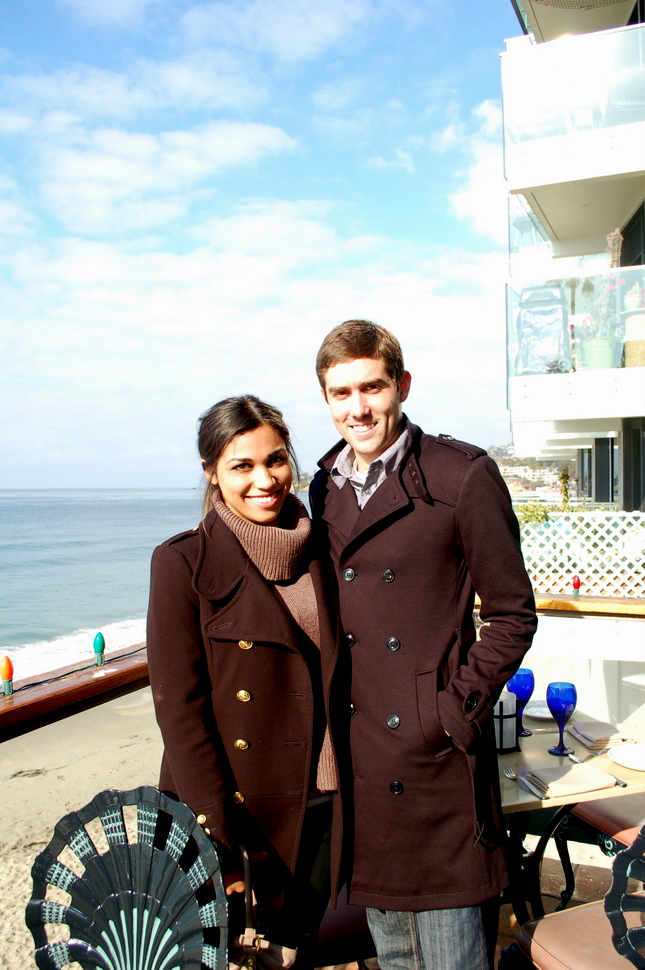