Chris and I had the pleasure of attending the Phoenix Suns game at US Airways stadium. A friend was not using their season tickets, so I found myself 7 rows off the court, cheering for a team that I previously didn't have a clue what their names were (besides Steve Nash. He doesn't count). I'm so sportsy. 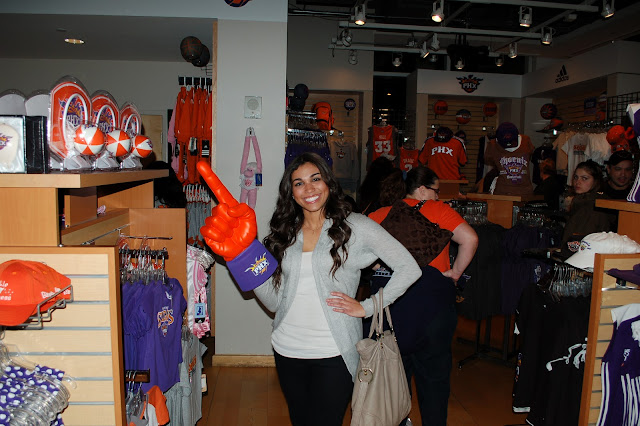 I instantly became their #1 fan. Can't you tell? 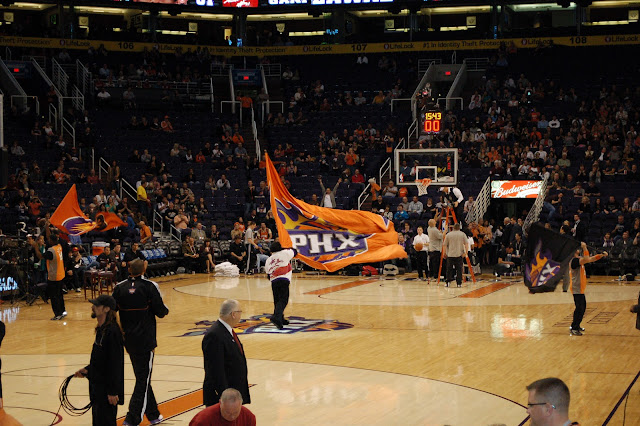 We watched the gorilla do his thing to excite the crowd, and watched as the Suns score basket after basket, leading the majority of the game. 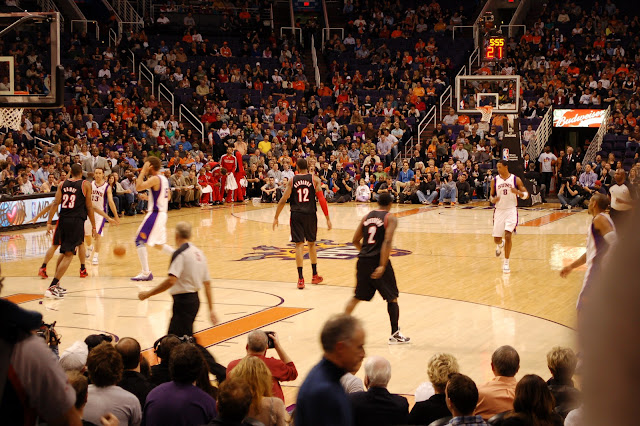 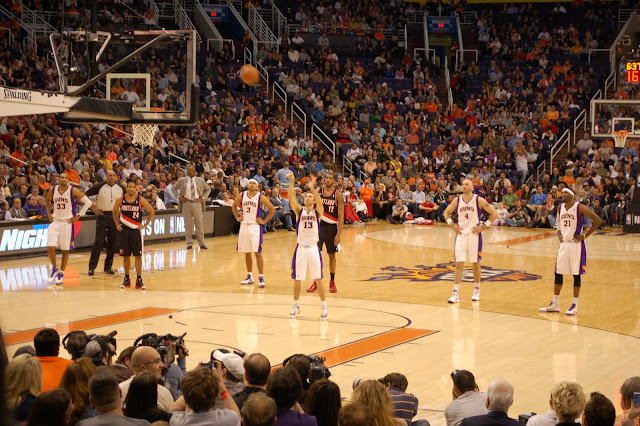 {Steve Nash, #13 - Of all the ones I know (none), definitely my favorite Suns player} 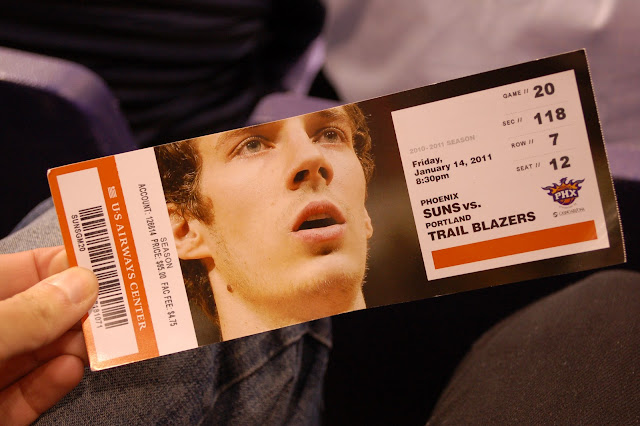 A highlight of the evening was sitting close enough to the floor, to see all of the silicone-filled, diamond encrusted ladies and their overly muscled, ed hardy wearing 50+ year-old mates walking back and forth up close and personal. You have to wonder if they even believe they are in love! Maybe I should find myself one of those...
But the best part of the entire night HAD to be the half-time entertainment. 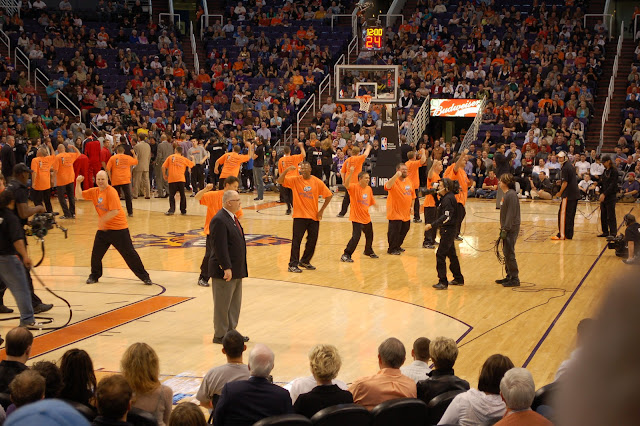 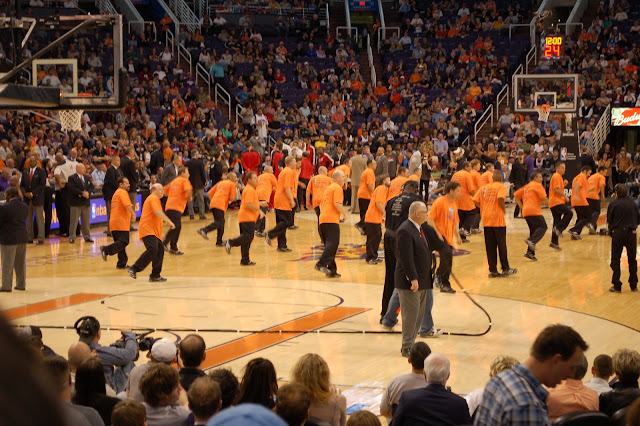 They performed 'The Stanky Legg' and I can't think of a recent time I have laughed so hard.
I cried.
My sides ached.
They were fantastic! 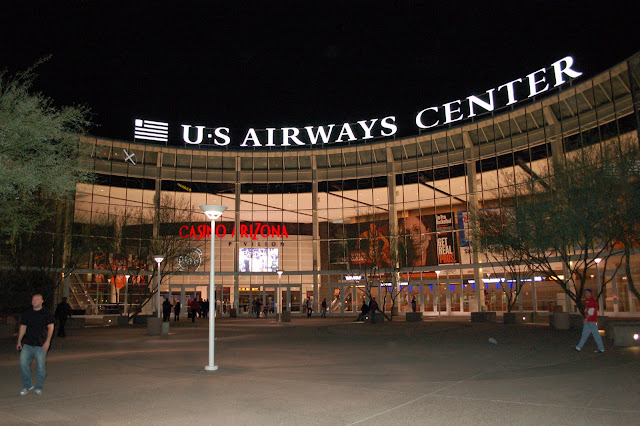 To top it off, the Suns won!
What a great night.
Officially checked off my bucket list!
Posted by Katherine at 8:00 AM