During my trip to Ft. Collins, Devin, her boyfriend Darren and I took a trip to Denver for the Broncos/Jets game. We had front row seats...it was intense. The next morning we were dumped downtown while Darren went to work, so we were forced to spend the majority of the day shopping. 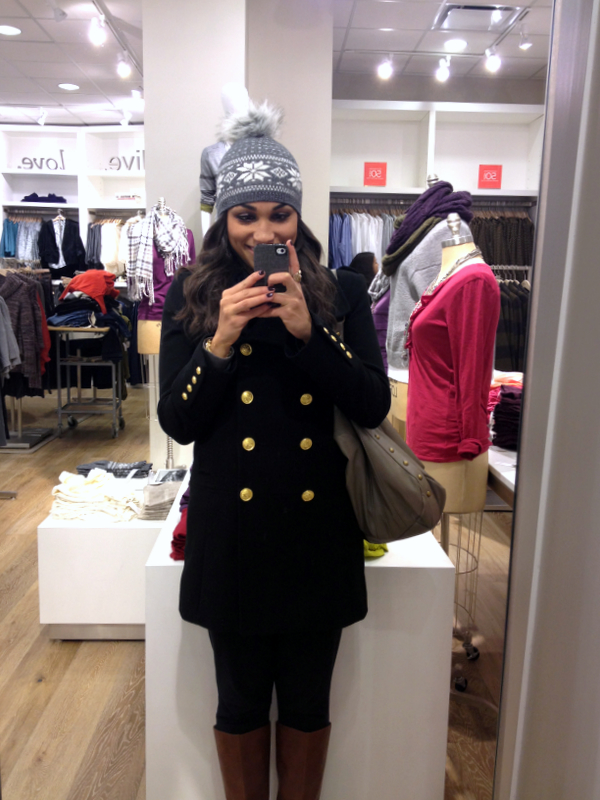 We walked up and down the city blocks of shops and giant highrises, then decided to set our sites for breakfast. Snooze was about a 20 minute walk away, but we decided it would work up a good hunger pain or two by the time we got there. 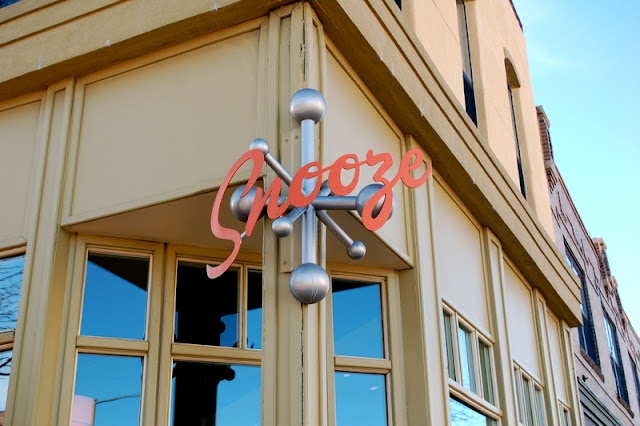 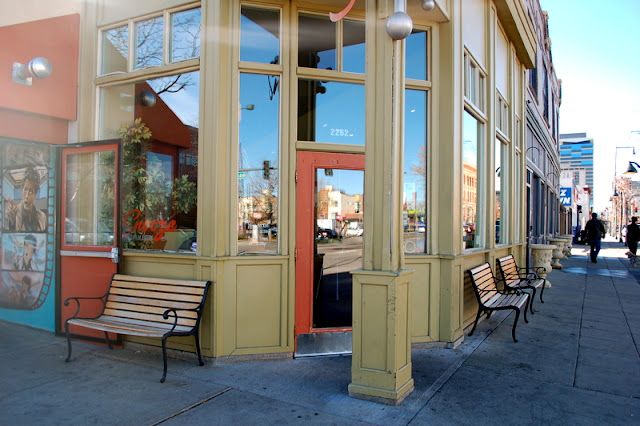 Boy was it CROWDED. Do people in Denver not work? Thankfully the time passed quickly as I snapped a few photos, drooling over the trays of mimosas that would float by. The vibe of the restaurant is very mid century/retro-jetsons. With some snowflakes & jacks thrown around in there too. I don't know how that works exactly, but it was totally cute! 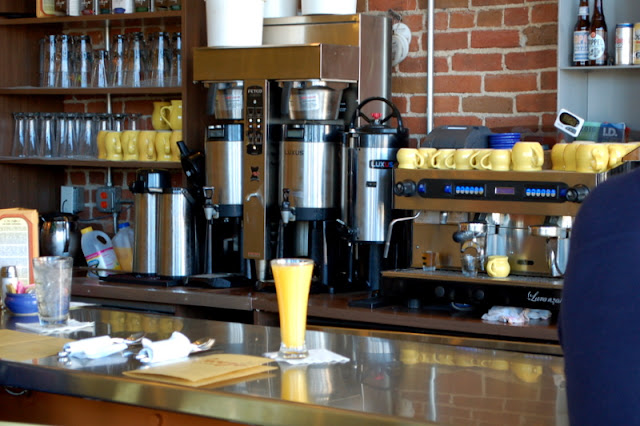 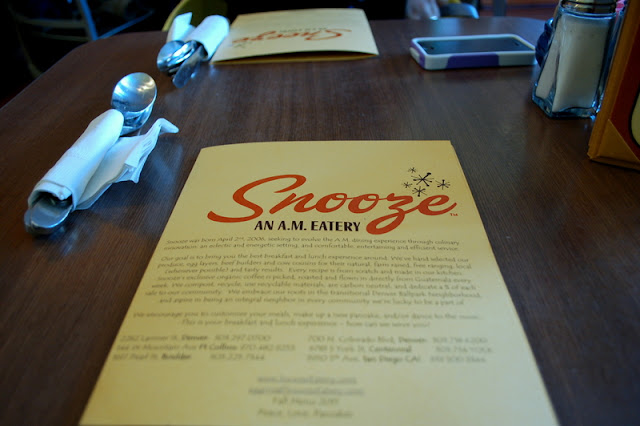 They also had the best music playing in the background. Dev & I serenaded one another to Mariah Carey as we waited for our food, and I couldn't help but hum along to Ghetto Superstar while eating. 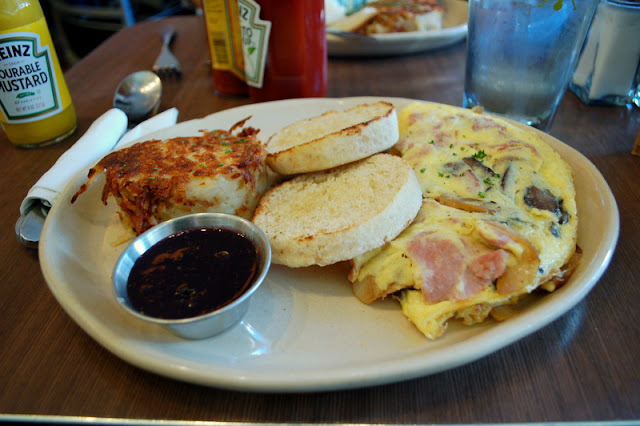 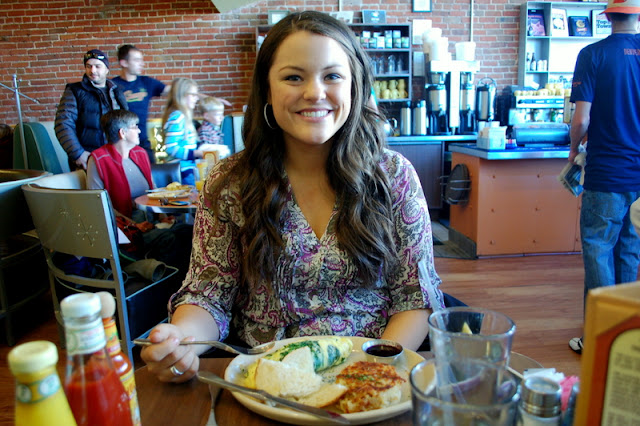 We both ordered build-your-own omelettes, even though the menu was filled with cool pancakes (sweet potato and upside down pineapple cake?)  & french toast flavors to try. Next time.
Posted by Katherine at 8:00 AM