A glimpse into our crazy day with family and so much food. My mom & I woke up way too early to start prepping the  15lbs. of potatoes we needed to bring to our multiple Thanksgivings. We peeled, roasted garlic & mashed all morning, barely leaving enough time to throw on an outfit before we were out the door. 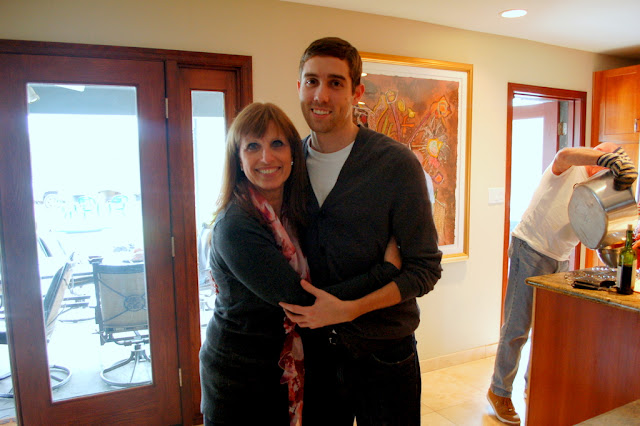 Party #1 at my cousin Johnny's house in Paradise Valley, where he hosts an orphan Thanksgiving each year for anyone who doesn't have a family to dine with. The party has grown year after year and now 60+ people eat, drink & bring potluck dishes to share for an all-day feast. 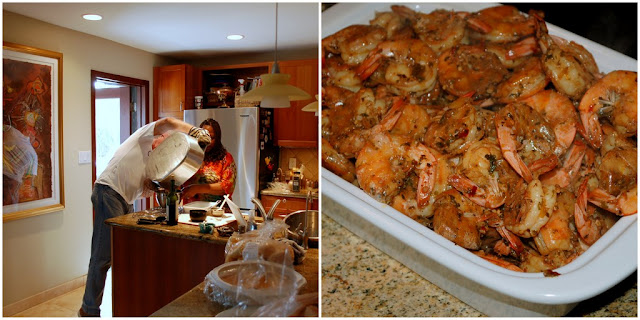 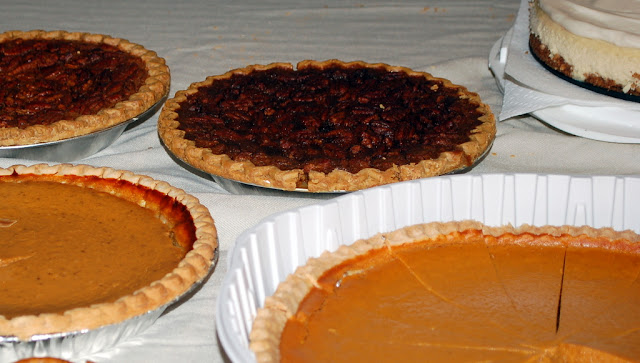 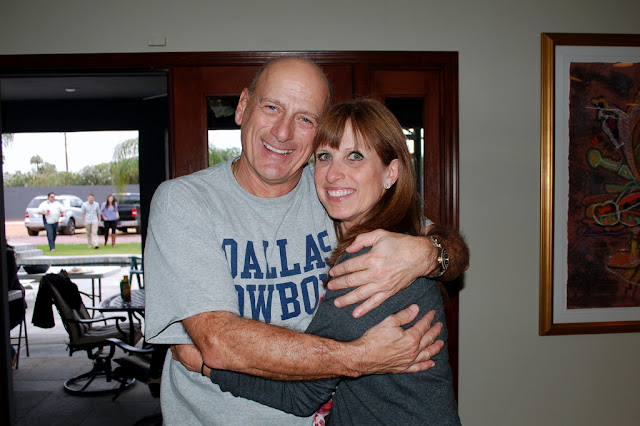 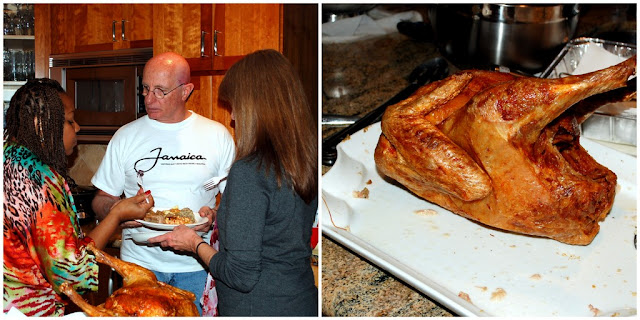 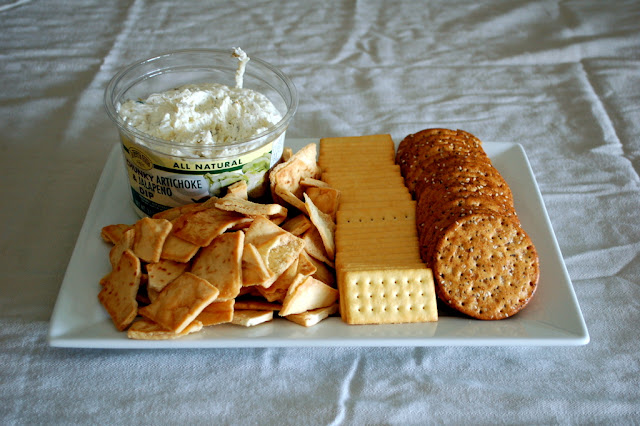 They cooked 10 whole turkeys, had at least 10 pies, bags and bags of rolls, and all kids of other goodies. My aunt & uncle flew in from Georgia to hang out with us for the weekend, and made the most amazing BBQ shrimp, roasted veggies and mac&cheese for the party. I sampled (a tiny bit!) because all the food looked and smelled sooo good. Had to try a deep fried turkey since I haven't before. We brought crackers and dip, somehow we were the only ones... and I totally scored a new pretty platter (thanks mom!).

Then we were off to Chris' parents for the traditional sit down meal. I made roasted garlic mashed potatoes, and Chris' mom wowed us with the most beautiful turkey, stuffing, a sweet potato and apricot dish, broccoli with gorgonzola casserole and oyster dressing. Naturally we ate until we couldn't move. Then I insisted on taking some photos. 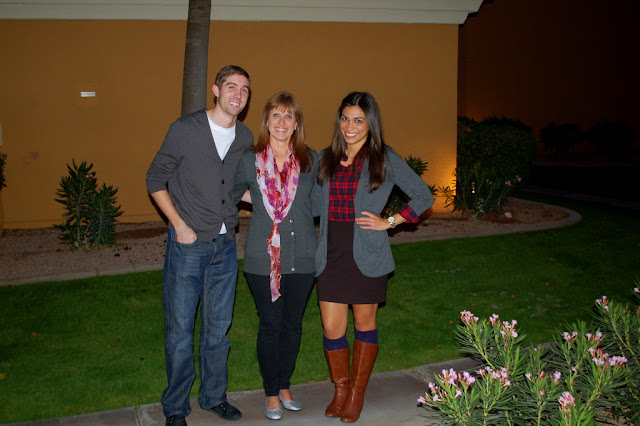 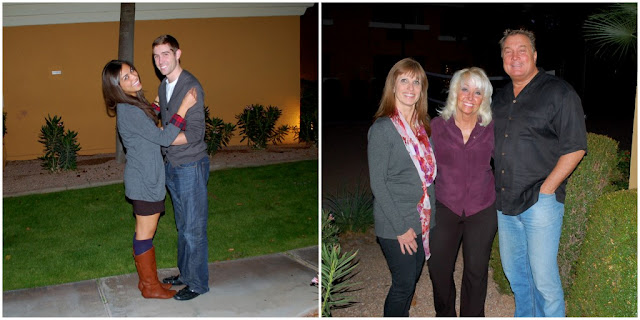 Chris' parents are trying to convince me to take on the task of planning & hosting Thanksgiving next year, which I've decided shouldn't be forced on someone until they're a real adult and married. Hooray! I have a few years left to push it off.

Hope you all had a fabulous Thanksgiving with family or friends that act as family. I'll be eating lettuce & celery for the next two months.
Posted by Katherine at 8:00 AM